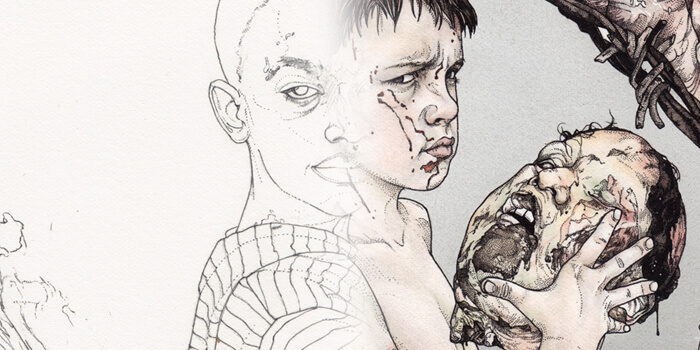 In the first months of 2014 I had the pleasure to work with a bunch of metalheads from India under the name of Bhayanak Maut, they reached me regarding a cover artwork for their new album ‘MAN’ and as I always do with metalbands; I heard their music, and I liked it A LOT.

So I happily said yes and we started working on the cover artwork and twelve little illustrations depicting the essence of the twelve histories/lyrics created by lead singer Vinay. The stories where brutal, morbid and perverted but I understand them as a raw sketch of human bestiality, something very real.

All this stories formed a single body of morbid work, all grown up like a man. That’s the reason why I imagined this body as a child in puberty, in the threshold of his adulthood and in those years where innocence is lost forever. Bhayanak Maut where very focused on what they wanted, and so the beginnings of the artwork where not quite there, so it suffered some little changes that today I’m sharing with you.

So happy they asked those changes, the final product is really something. 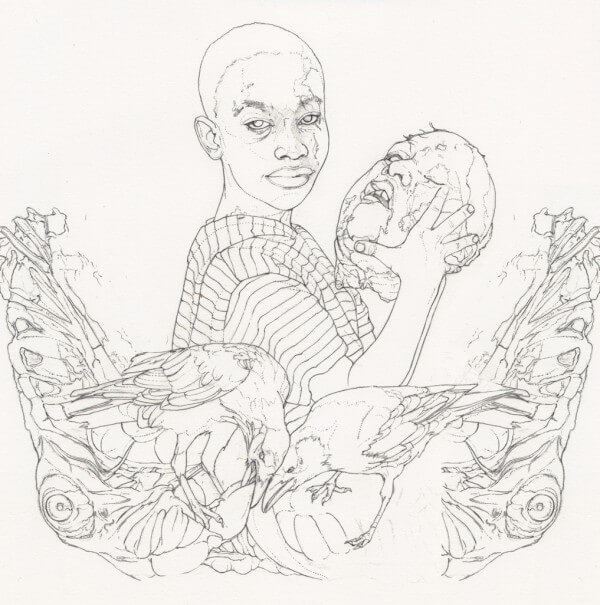 (the head looked quite funny in there right?) 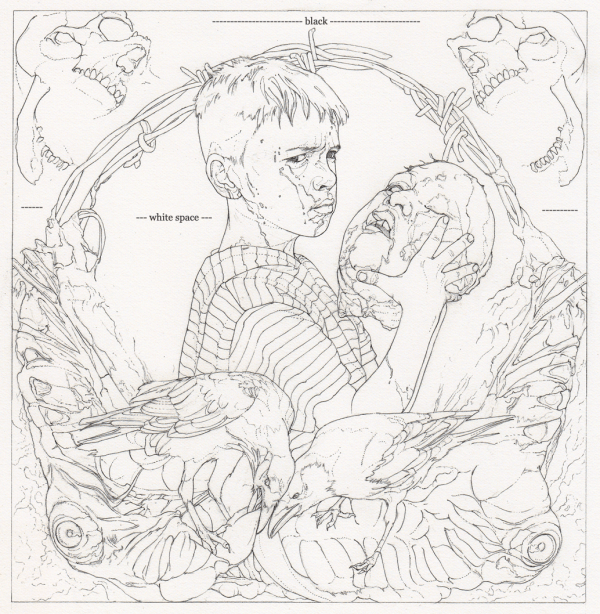 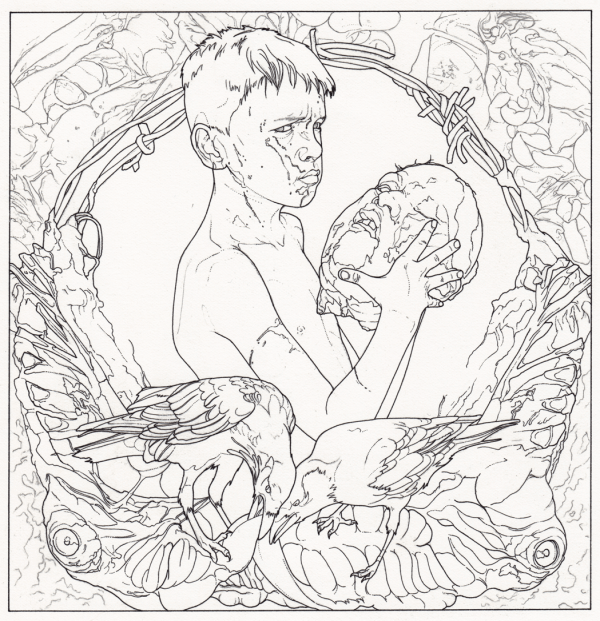 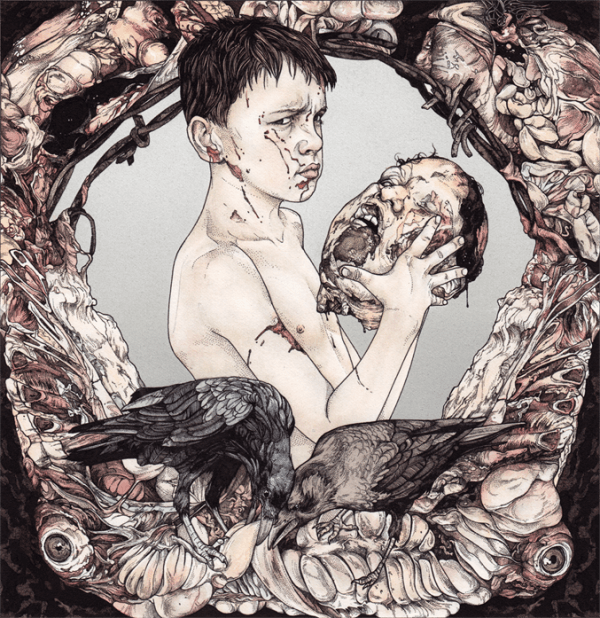 The small illustrations where also very fun to do, it was so good to merge a bit in the story and picture the scenarios, the characters, to figure out how would they look like in real life? what they would wear, etc.

With those there were only a small change, and one of the illustrations once looked like this: 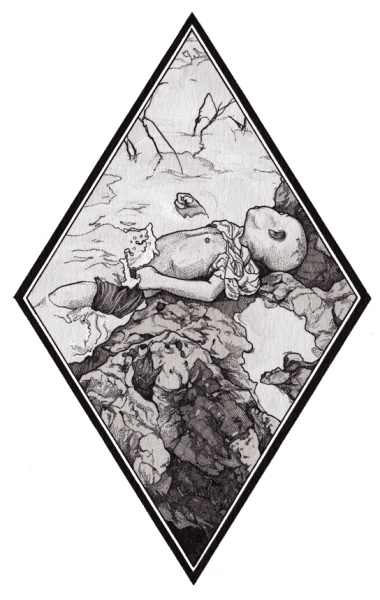 And it suffered a complete make over, to the portrait of the main character in the story: 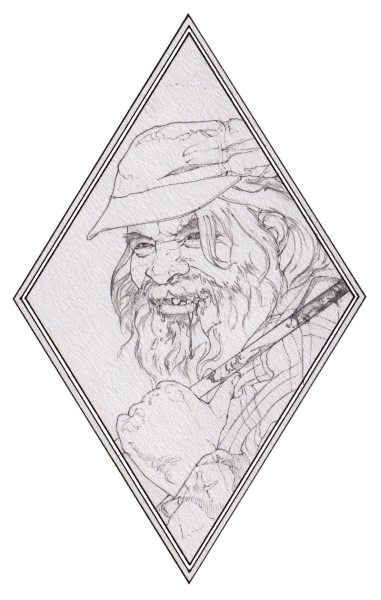 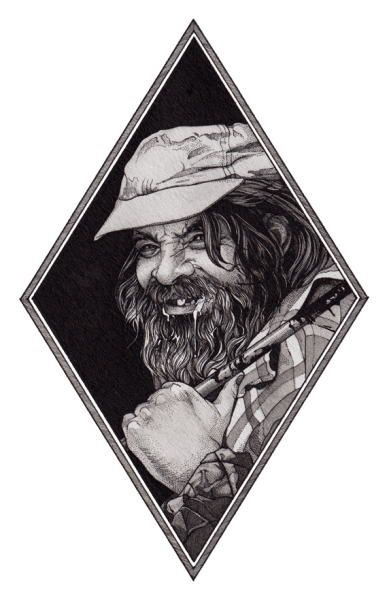 If you want to check out their music and see all the illustrations go to their website and download their album, it’s so good! you might want to give it a try if you’re into brutal death music : http://bhayanakmaut.com